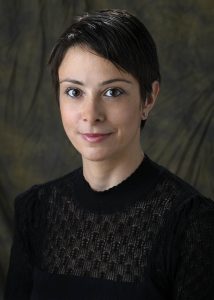 I am an assistant professor at the Department of Biomedical Engineering and the Scientific Computing and Imaging Institute of the University of Utah. My research interests lie at the intersection of cell and molecular biomechanics, biophysics, and computational biology. Specifically, I work on developing computational models of cell adhesions, mechanosensing and cell contractility, that help in understanding cell physiology and pathology, especially in cancer progression and methastasis. I received my Ph.D. in Biomedical Engineering from The Polytechnic University of Turin in 2013. I worked in the mechanobiology lab of the Massachusetts Institute of Technology and in the Department of Mechanics of the University of Zaragoza. Before joining the University of Utah, I was a postdoctoral scholar in Computational Chemistry at The University of Chicago and in Computational Biophysics at Lehigh University, where I also served as instructor of the course "Introduction to Computational Physics".